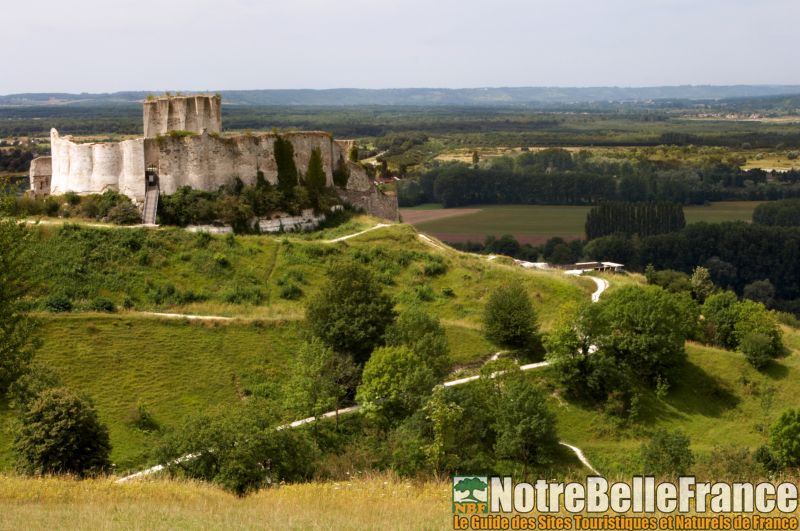 Standing for more than 800 years on a spur, the Château-Gaillard looks over Les Andelys and one of the most beautiful meanders of the river Seine in Normandy.

Built in a very short time in order to protect the river Seine and the city of Rouen from the ambitions of the King of France, Philip Augustus, the Château-Gaillard is regarded as a perfect model of the military architecture of its time. The King of France’s troops besiege the fortress in September 1203.

The siege is as difficult for the English defenders as for the inhabitants of Petit Andely: the latter who take refuge in the stronghold are evicted by the English army and pushed back by the French besiegers.

They all die of starvation and of cold between the two warring camps. “The Useless” is the name given to this episode of the siege. On March 6th Château-Gaillard falls into the French hands.

The rest of Normandy, except The Channel Islands, is bound to the French Kingdom in the same year. Louis IX and Philip the Bold uses the Château-Gaillard as a place to stay, David II, the Scottish Child-King uses the fortress as a place of exile and it becomes a prison for Margaret of Burgundy, Charles II of Navarre (Charles the Bad) and Charles de Melun, a Grand-Master of France under Louis XI. During the Hundred Years War Château-Gaillard becomes alternatively English and French.

Along the following centuries, Château-Gaillard progressively loses its military use and becomes a refuge for robbers, counterfeiters and plotters. Henry IV is requested by the States General to demolish the fortress in 1598. From 1603, the building stone is reused firstly by the Capuchin monks and then by the Penitents (1610). Its demolition will stop in 1611. These impressive ruins inspired the English Romantics, the Impressionist painters, the contemporary poets and writers. 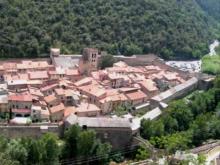 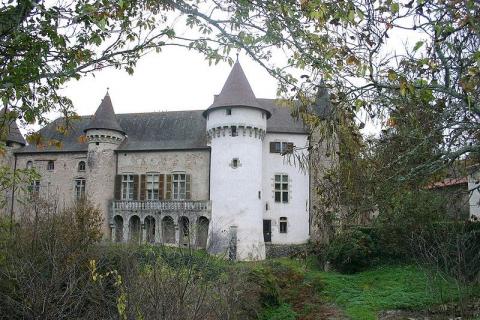